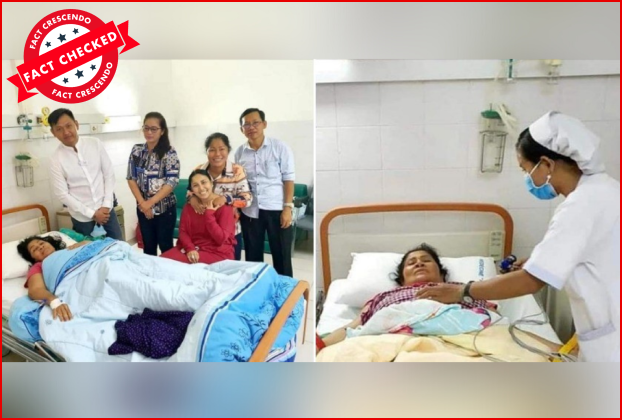 During the celebration of the Khmer New Year last week, a video clip showing Prime Minister Hun Sen’s sister Hun Sinat dancing and saying “thank peace” was posted and shared on social media. Just some days later, a claim on social media said she was hospitalized due to a stroke after being overjoyed. The claim came with some images of Sinat laying down on a medical bed. The claim had been multiple shared by Khmer-speaking social media users. After our interview with her family, however, it is found the claim is false.

A Facebook page named News Assembly posted a claim on social media on Tuesday saying Cambodia’s Prime Minister Hun Sen’s sister Hun Sinat was hospitalized due to a stroke after the joy of the Khmer New Year.

The claim had been shared nearly 200 times in just a few days along with a mixture of comments and reactions from social media users.

Below is the capture of the claim posted on social media on April 19 read “Her Excellency Hun Sinat got stroke after overjoy during the Khmer New Year celebration.”

The same claim was also posted by another Facebook user named News Fast on the same day, leading to more than 150 shares and comments.

Fact Crescendo Cambodia began a verification by interviewing Hun Sinat’s family member and found the truth as below.

In an interview with Fact Crescendo Cambodia on April 20, Nim Chandara, Hun Sinat’s husband and also a lawmaker, rejected the claim, saying his wife’s health is in normal condition. He added she was not hospitalized at all after the Khmer New Year.

For images showing his wife laying on a medical bed, he clarified they are old photos uploaded on social media some years ago.

“The photos are old. My wife’s health is better than mine. I have not taken care of my health for many years and diseases including diabetes, prostate, and heart problem as well. She is fine. She can walk, and eat whatever she wants. I need to fast some food. I need to stay in a silent place to consider things, but she gathers with a lot of her friends. She is very joyful,” Chandara told Fact Crescendo Cambodia on Wednesday.

The interview can be listened to through the link available here.

Fact Crescendo Cambodia could not find photos of Hun Sinat getting treatment in a hospital in her recent Facebook post.

But photos of her getting medical care in a hospital were uploaded by a Facebook page named iDOL Medias two years ago.

Hun Sinat was treated by a group of medical staff and taken care of by a group of people on April 26, 2020, according to her Facebook post which was published by iDOL Medias.

Fact Crescendo Cambodia found the claim over the photo mentioned above is false. Cambodia’s Prime Minister Hun Sen’s sister Hun Sinat is fine. She has not been hospitalized in recent days after the Khmer New Year. Old images of her medical treatment in a hospital two years ago reappear on Facebook.

Title:Old Images of Hun Sinat Claimed as She Recently Hospitalized 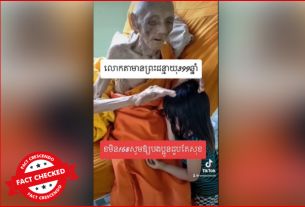 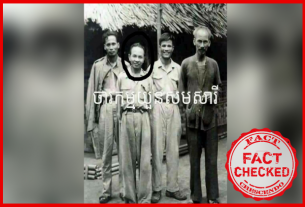 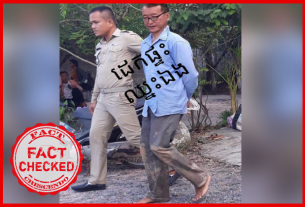